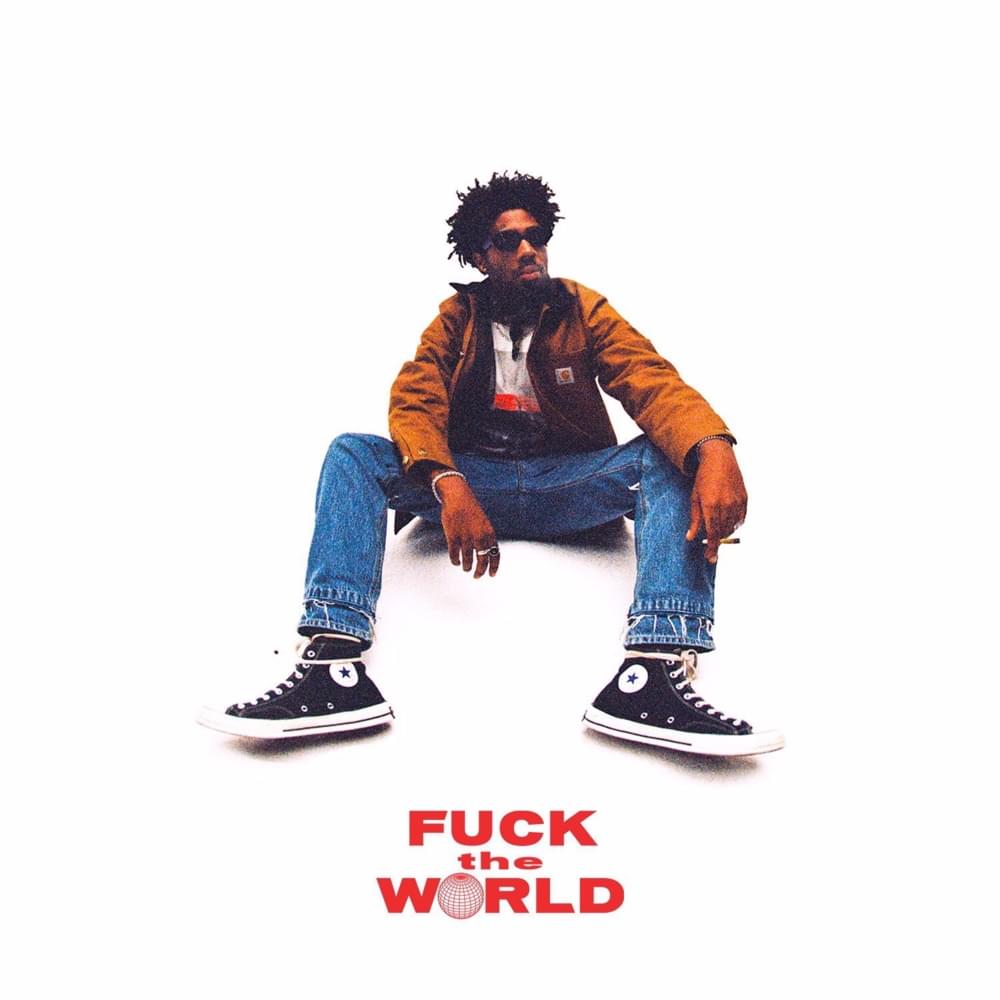 The latest record of Brent Faiyaz marks the final breakthrough for the 24-year-old singer and producer who belongs to the generation of artists that started their career by uploading songs on soundlcoud. Meanwhile L.A. is Brent’s new homebase and in young age he already came a long way. Not only because of the 2.637 miles distance from his birthplace Columbia, Maryland but also being featured in Gold Link’s „Crew“ remix along Gucci Mane and Shy Glizzy, a Grammy nomination, Burberry’s “If I Was An Animal” campaign, and a critically acclaimed record called Fuck The World peaked at chart position number 20 in the US – all independent.

In the 10 track loaded LP, Faiyaz does what he’s best at: cold-hearted RnB Songs with melodic Hooks that you just feel right away.

“Wanna fuck the world, I’m a walkin’ errection / Spend without a thought, we do it reckless”

The hook of the title track describes the attitude of this album perfectly. Doing whatever you want without fearing any consequence. This ignorance is well balanced with deep topics that the artist addresses.

Lines such as “Who can I love when they tell me I can’t love myself?” and “Don’t let ‘em feel like the world can’t heal” on “Let me know” show the reflected side of Faiyaz.

Moreover, he has a talent for painting pictures with words that is transported with emotions through his unique and smooth voice.

“This penthouse view, ain’t as beautiful as you” (Been Away)
“Money get lost when you don’t chase it” (Lost Kids Get Money)

Besides the sharp feeling for lyrics, the album lives from the red threat of beats creating a special atmosphere. The term “vibe” probably describes the slow RnB best, which is not intended to be played in clubs but perfect to lean back on the couch, close the eyes, or smoke some weed to. For those who pursue the last point as an occasional activity I can recommend the ChopNotSlop version of the album. DJ Candlestick and OG Ron C are also known as the Chopstars and give the record a typical dirty south mixtape feeling that reminds of the early 2000s. The Houston based duo create a soothing effect with a sample technique that slows the original tracks, chops them up, rewinds and makes you feel like you are on codeine. Those slow-edits just hit different.

Both versions, the Original as well as the ChopNotSlop edits, have frequently been played on Joe Kay’s Soulection Radio Shows with a target audience in the music scenery for those interested in what’s next, which basically represents the ultimate honour for the artist and this record.

The “Fuck The World” Tour was scheduled for April but due to the recent circumstances it has been pushed back to August / September in case you are still interested in experiencing the live performance of the record. I don’t want to say he is becoming the next The Weeknd but Brent Faiyaz is going to blow up major. Thus, if you don’t follow him already put him on your watch/playlist. Enjoy the music and thank me later.