Review: The Weeknd – After Hours 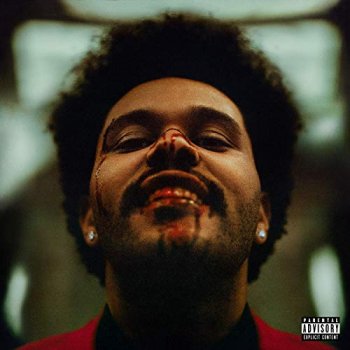 The Weeknd
After Hours
2020 / Republic Records

When The Weeknd releases a new record my excitement reaches a level, which is comparable to driving 220 km/h on an empty highway, being served my favourite dish, and looking at the latest revealing post of Kylie Jenner – all combined. I would highly recommend to not try out doing all those things at once for the sake of your well being. Rather take into consideration how much joy each of the individual scenarios can bring and add that up.

The reason for this strong enthusiasm is that I’m a lover of qualitative music in combination with on-point storytelling. And The Weeknd has not been disappointing since he entered the stage with his mixtape “Trilogy”. The secret for his continuous high level output might be that he treats every record as the successor of the previous one. You can identify the red threat he spans through his discography. “Starboy” was the big party in which the Canadian artist claimed ultimate fame and confirmation from the music industry. He danced along sounds of Daft Punk and had further finest jewels of the scene like Kendrick Lamar and Lana Del Rey on the guest list. The title of this record “Starboy” not only sounds like the name of a superhero. In fact Marvel gave him his own comic book using the same title. Indeed this record felt like it was not from this planet and was rightly awarded with the Grammy in the category “Best Urban Contemporary Album”. Moreover, it is certified for 19 x Platinum, and 6 x Gold awards around the Globe. I am mentioning all this to put into perspective what it means to come up with a successor of such a successful record.

When the party ends, the “After Hours” follow. In-between those two albums, The Weeknd bridged the waiting time for fans with the EP “My Dear Melancholy”, which already indicates the side effects of a lifestyle around drugs, sex, and big stages. A darker atmosphere, confusion about his identity, and the feeling of loneliness are expressed within six tracks that remind of Abel Tesfaye’s early works.

That’s where “After Hours” continuous. “Alone Again” is the first title of the LP, and what an opening it is. Synthesizers and the Weeknd’s voice team up for a scenic sound intro that creates goosebumps.

“Take off my disguise / I’m living someone else’s life / suppressing who I was inside / So I throw 2.000 ones in the sky”

“Too Late” is another story about bad thoughts and darkness replacing light, while on the contrary the tempo of the beat goes up, is melodic and you can actually dance to. Welcome to the After Hours ladies and gentleman. A record that plays with opposites, going from “never need a bitch, I’m what a bitch needs” to “Oh baby, where are you now when I need you most?”.  A record that shows the ups and downs, the highs and lows, and the conflicting mind of one of the biggest artists of our time.

The next two tracks “Hardest to Love” and “Scared to Live” show the slightly cheesy RnB side of The Weeknd. Even though the production of those tracks is strong and there is surely an audience that appreciates those tracks as well, it is the point on the record where he is loosing me a bit.

With “Snowchild” he is steering right on track again. Reflecting on the long way he came up. From doubts of a teenager to owning million dollar mansions that seem kind of meaningless. This was apparently not the finish line and he needs to go out into the darkness to pursue something more purposeful.

“Cali was the mission but now a ni**a leaving”

In “Escape From LA” Abel continues to express his wish to leave the city in California. Being addicted to women in combination with drinking alcohol seems to make LA to a dangerous and evil place for him.

The show goes on with “Heartless”. The Metro Boomin produced track was the first single of the album that released late November 2019, almost 4 months before the album release on March 20th. Pumping drums and bass meet a The Weeknd who is “back to his ways”. It was also the first visual episode of the sequenced music videos that result in a psychedelic short film. Set in Vegas with flashing lights, luxury hotels and casino we see Abel overdosed on drugs and everything reminds a bit of a contemporary fear & loathing interpretation with Joker references.

Track number 8 has the title “Faith”. It builds up with a bubbling beat and melodic singing and within seconds becomes catching, pushing, and exciting. The instrumental could be the soundtrack to a sequence of the movie Drive with Ryan Gosling (if it ever will be planned). Again the content is about taking drugs in Vegas with women. A lot of drugs actually, Cocaine on a plate, molly with purple rain and half a Xan’ makes him feel everything from his body to his soul at a high but also there is the strong loneliness again once he sobers up. The song fades out highlighting that feeling with a slow-tempo outro.

And then there is “Blinding Lights”. The Song puts you in a good mood right away, makes you jump up and dance. It feels like the modern, American, remix of German 80s Pop from Nena. And damn the combination works well. Maybe not a coincidence that the German car manufacturer Mercedes chose this song for it’s new brand commercial which was released even before the music video as second instalment for the short film. Going back to the song “Snowchild”, The Weeknd states, “I just signed a new deal with Mercedes”. What a major move kind of deal that one is. And this is also the obvious reason why we see the artist driving a Mercedes Benz AMG GT Roadster in the music videos, further accelerating the adrenaline rush he gets caused by various substances by pushing the gas pedal.

Next up in line is “In Your Eyes”, which is the third part of the short film. This one could almost be a leftover from Starboy and I mean that in a very positive way. Due to the strong link from record to record it still fits very well into After Hours.

“Save Your Tears” beautifully describes the regrets of a broken relationship and all the confusion that comes with it. It sounds happy but sad at the same time – a true emotional rollercoaster.

“Yeah, I broke your heart like someone did to mine / And now you won’t love me for a second time”

“Repeat After Me (Interlude)” is a bridge to the grand finale of this LP in which he attempts to convince an ex that she does not love her new partner.

We are reaching the title track “After Hours”. It gets pretty damn clear why the LP is named after this track after listening to it for the first time. An atmospheric highlight that you need to experience with good headphones walking through the night and you will feel it going under your skin. The build-up creates tension and emotions. The beat sounds a bit like a production of Trentemøller and Gesaffelstein with the smooth voice of The Weeknd making promises to win back the heart of his ex.

The closing track of the record “Until I Bleed Out” is something special. We arrived at the end of the After Hours with an Outro at least as strong as the Intro and gets better with every time you listen to it. It tells about the suffering of being lovesick and that being high won’t heal the pain. The song transports the feeling in such a fascinating, thrilling, yet calming way that it speaks to your soul.

Again The Weeknd did not disappoint. I have to admit that I was slightly disappointed after listening to it for the first few times due to the high expectations that he had to fulfil. After listening to it for a few weeks and having the time to digest and reflect, it can be said that he keeps on staying true to his sound without being too repetitive. He balances melodic hits with dark atmosphere. With the help of a massive marketing plan the album came alive beyond the music. A visual short-film, a extensive merchandise offer from golden After Hours Ash Trays, to T-Shirts featuring photos shot by homeboy A$AP Rocky, to hand signed Vinyls, CDs, tapes, and movie posters, as well as a staggered release plan of various editions of the record. First the album was available as standard edition, shortly after as deluxe edition with remixes, and then with three additional bonus tracks. Meanwhile the remixes of the initial deluxe edition became a separate EP and the bonus tracks replaced those on the Deluxe version. By the way –  features can only be found on the remixes. The album itself lives without support from other vocalists, which definitely works but potentially could have added more depth to the album.

After Hours is so far the benchmark of album releases in 2020. The Weeknd keeps breaking his own records, hit one billion streams on Spotify within 4 days, and is currently staying on number one of the Billboard 200 chart for the third straight week. Most importantly he delivers good music with After Hours that helps to get through tough times.