Looking forward is cool and makes sense in a lot of senses, but lately we are looking back a lot; especially when it comes to music and movies that had a huge influence on us and still have. Lately I had massive Flashbacks on my Mid-90ies / 2000 Emo Phase which definitely had an impact on me and a whole generation. Back in the day most people in the scene were not too confidently coming out of the closet with their like for emotional, often dramatic and almost whiny kind of rock music. Emo, melodic Hardcore, Screamo… all of these were terms trying to describe a weird era of music, that I see today again influencing recent music and Zeitgeist. It´s almost funny that whenever posting content linking to that particular era, i get a lot of feedback. Not only of people that have been there, but also from a younger generation of music lovers, that must have re-visited records, labels and certain characters from that time. While on one hand i felt; Whoa, i´m old referring to an album like Jimmy Eat World´s “Clarity”, but on the other i felt; it´s important to try to educate people on what has led to the status quo we are living in. Also; why would i care about that if i still enjoy a certain style of music. Also seeing how well most of the milestones of this era aged, it makes me wanna bring it back.

So let´s have a look into a formative year. 1999 so many crazy jaw-dropping albums dropped, that it´s hard to sum them up and wrap you head around all the goodness. 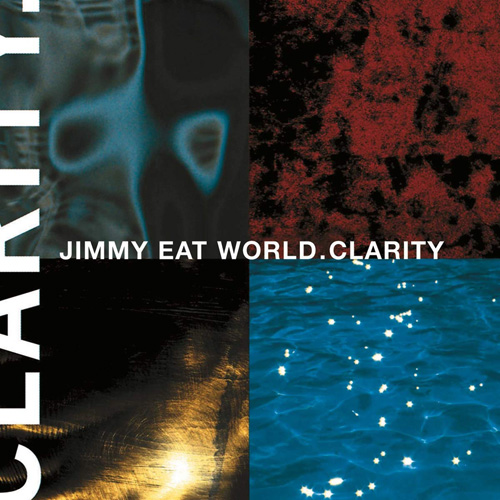 I don´t think I was actively there when this album came out. I feel I downloaded it after it´s release and over the course of one week when audiogalaxy was still a thing. For this who don´t remember this peer-to-peer download client; it was painful and you never knew what the actual fuck you are downloading. So sometimes you let the 4/86er run over night, and woke up to fake-named files and were not able to put the file in the chronological order of the the actual playlist. Frustrating but somehow more satisfying than today´s way of consuming music on a soul-less streaming platform. I will never know if i had that full album successfully downloaded i guess.

The Album´s most commercial song was surely “Lucky Denver Mint” which swapped over the ocean by television series and movies using it prominently. Maybe it was “Malcolm In The Middle” that got me interested in this band. But it was definitely also a certain myth and early icon-status that you could feel around this band. Already reading fanzines, getting the “Green Hell” mail-order catalogue in, i was sure there must be something about them. Good intuition! When you are around your 20ies you are not yet analyzing music, you still get totally lost in the emotion and vibe it spreads. Listening to it in 2021 you can clearly tell it hits the perfect threshold of emotional stadium rock and an indie-rock edge and continuosly keeping that balance. Songs like “Crush” (that already was on a split 7´´with Mineral and Sense Field) are just such intense and pushing songs, its hard to resist. “Just Watch The Fireworks” & “For Me This Is Heaven” are just purely heartbreaking bliss and the perfect amount of healthy melancholy. With “Clarity” Jimmy Eat World in my eyes reached their hiatus. From a commercial point of view probably the follow-up  “Bleed American” topped it though. It´s also definitely worth a listen and there is great songs on it. But decide for yourself and do yourself a favor and dig in “Jimmy Eat World”. They will always have a place in my heart, also because i saw them play live once. The place was so packed that they played twice a night. That was pretty intense and up to this point i´ve never witnessed such a nice energy again. Good old days.

Saves The Day – Through being cool 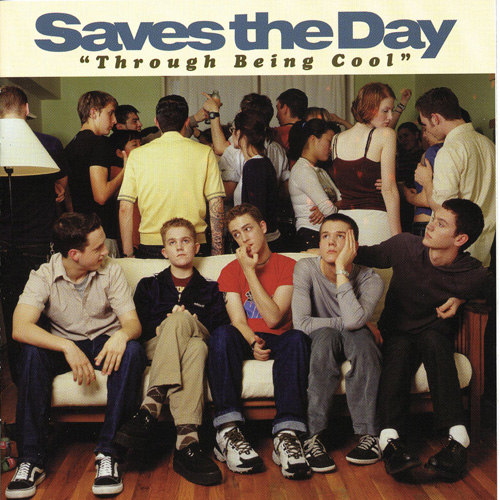 I must heard “Stay What You Are” before their 1999 album on legendary Equal Vision Records. And yes on this album they´ve been on another speed which is simple straight rocking forward without too much messing around. Songs like “Shoulder To The Wheel or “You Vandal” are absolute iconic 20 years later and you might wanna see over lyrics like “I’m having quite a bad week and I miss my mom.”

The album cover portraits the band in the same way i guess they wanted to be seen back in the day; as the overly cute outsider guys on campus, which got the nicest girls in the end of the day without any effort. You could argue the also loved a little bit of a loser-image. Later on in their career their humbleness turned into weirdly brutal and blood soaked lyrics, but wrapped in the sweetest pop-tunes, suffering and also powerful at the same time.

The trace ended after the B-Sides Collection “Ups & Downs” for me. For some reason you won’t find “Stay What You are” on Spotify but that was the last record i could actually fully enjoy. I might wanna do some digging into their latest music as they are still around doing music.

At The Drive In – Relationship Of Command 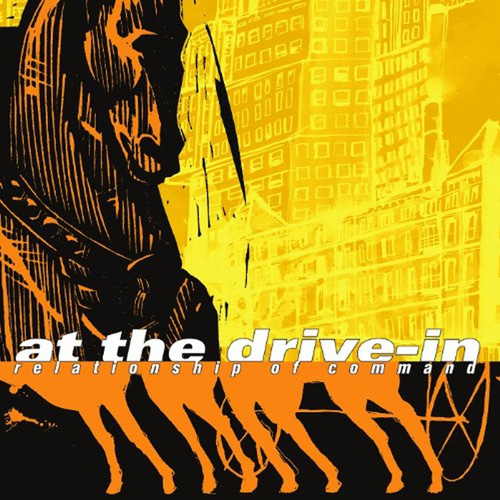 And now for something completely different. It´s actually unreal that this album came to see the light of day the same time the previously reviewed ones were released. This band resided in El-Paso, Texas and always portrait their origin in their muss videos as a dusty, deserted lonely town with nothing too much around it. I recently met a guy from that area who… kind of confirmed that. Therefor it´s even more astonishing that ATDI´s sound is such a progressive twist to Punk, mathy-rock and organized chaos that ranged from untamed to super-melodic.

This 5-piece made a name of their energetic and destructive live-performances and literally played their asses off, before they canned their sound into studio material. I saw these guys live before i even listened to any of their records closely, and it´s unreal to hear how they managed to bring their sound to record without losing the force of performing.  Fun fact i wasn’t aware of; “Rolodex Propaganda” features Iggy Pop.

My words will fail to describe this record but there is a few signs that something big was created within this record. AlsoThe Beastie Boys label “Grand Royal” released this monster. They´ve been touring with the Queens Of The Stone Age” and the myths goes around they saved Rock´n Roll from the evil hands of a plague called “Nu-Metal” around the same time. It´s also worth to check out Post-ATDI bands Sparta and The Mars Volta.