I can´t remember the exact time i met Joe. But i guess it was only partly through work and more about hanging around in the same flat having a few mutual buddies and interest. But mainly the thing that still and will always connect us is a love for culture and music of a lot of different (weird) genres and leftfield artists. I can´t remember the name of his Nintendo-Core outfit he was putting on his soundcloud back in the days but it leads you the right way to get a first impression. I also have not figured out what exactly a “Graphic Shunter” is but I got an idea by now. I always admired Joe´s engagement trying to support and bring people together, his understanding of happenings and his sober but poetic way to phrase complex circumstances. He is one of these guys actually making things happen for himself and the people around him. He probably would vote against it but he´s a fountain of inspiration. Besides having opened up a creative hub called “Neon Dojo” he works as a martial arts teacher, is an incredible chef and loves his newly developed balcony. Let´s step into an interesting OFF-TOPIC conversation with Joe.

It’s really hard to think of an album that was released in 2019 and was at the same time my favourite, I seem to in a bit of an algorithmic bubble these days. It’s good to have friends and coincidental listening occurrences to pop me out of endless nostalgia jams. There were a bunch of recordings and albums that were highly anticipated but ultimately failed to deliver. However I stumbled upon the wonderfully succinct Gold & Silver Sessions EP by Elder. Usually an insanely dense prog/space/jam/stoner band. Their last full length was sprawling to say the least. But on Gold & Silver they pare everything back and hunker down on some meditative grooves. I’m a sucker for a guitar band, a bigger sucker for melody. Elder seem to effortlessly pluck melodies out of the ether. Most of the tunes here seem to float around without seeming pointless or too airy. It’s an EP that bears repeat listening, as short and sweet as the run time it plays to.

First record I consciously remember walking into a shop and purchasing was Monster by REM. I remember distinctly thinking it was the one with “Nightswimming” on the album. But actually it was their follow up to the hugely successful Automatic For The People. Monster was full of weird tracks and even weirder artwork/photography. It was impossible to follow Automatic so Monster just felt really loose and jagged. But I loved the guitar sounds and Michael Stipes drawl-like vocals. Last one I picked up in the ‘Dream‘ section of a London record shop called Low Company. The album is called Music of the Five Elements by Sam MClellan. Based on healing music and cleansing the inner body of disturbing vibrations, it goes well with transcendental mediation if that’s your bag. Just a real random pick as I liked the cover. The shop is well worth a visit too. I had no fucking idea what they were pulling out for me to listen to. But if I‘m stuck in a musical rut I’ll throw my hat into the wind and take a chance with whatever record looks the most interesting or off the back of a recommendation. Can’t be bothered to stick to genre. Life’s too short. Could miss out on some banging Chakra shifting deep cuts. Ha! 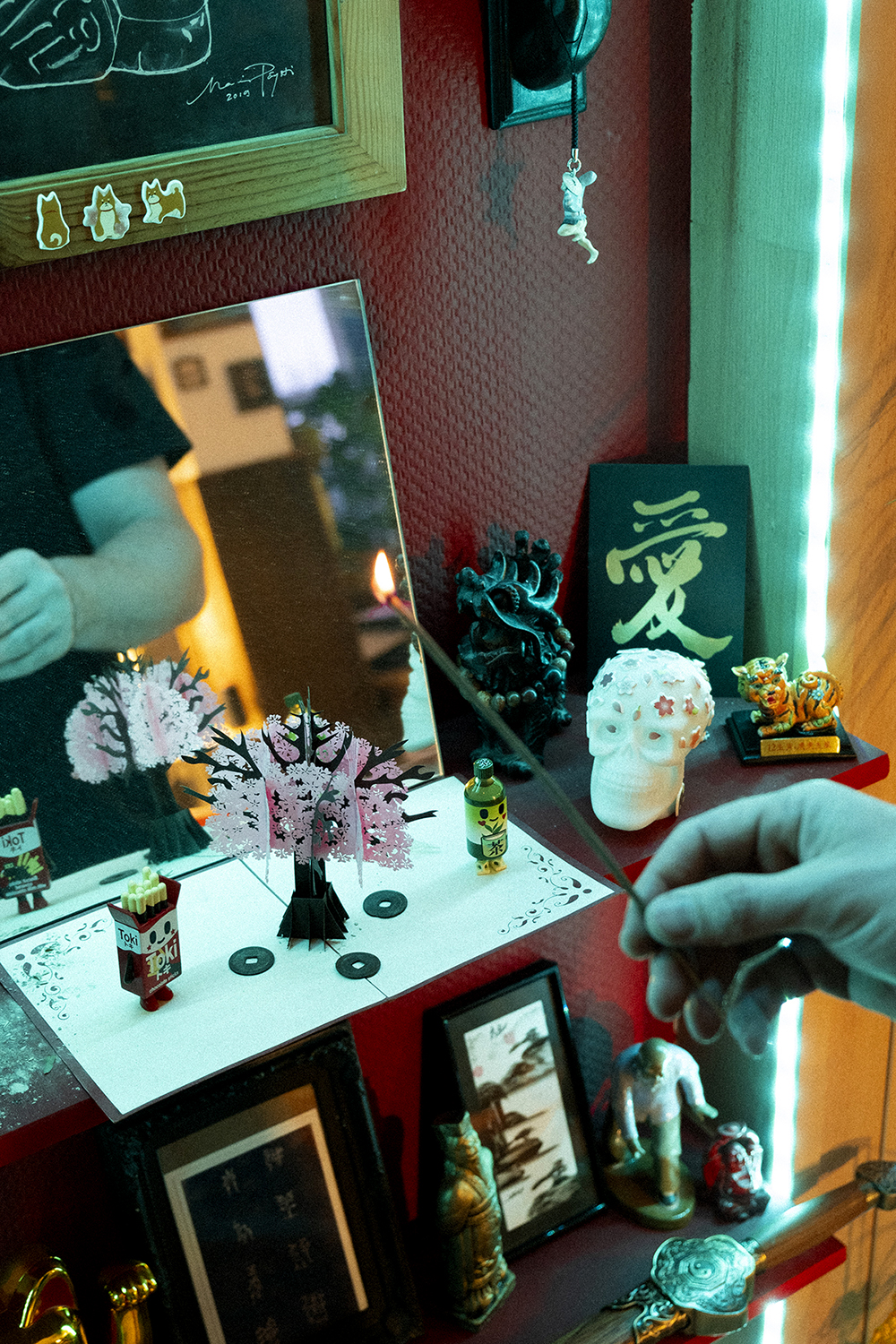 What was your biggest regret in being a part of in your musical listening career?

My biggest regret music listening wise? I don’t think I can regret anything. It’s all a journey, I think I can only regret not listening to stuff. Or not being around enough. I regret maybe not playing enough gigs or seeing enough shows. But I‘ve no idea what „enough“ means. Damn that’s a hard question.

What’s the video game you wasted the most time with?

Jesus, so many. If it was a crap game then it was a waste of time I guess. Crazy Taxi on the PlayStation 2 probably didn’t help an early relationship. Unbelievable man/boy hours spent racing around eye-spasm inducing Mario-Kart tracks, or shooting hostages on Jungle Strike just to blow the mission. However I Think spending a straight 14 hour-shift playing Columns on the Megadrive with my best mate from college is up there in the top tier of time wastage. More like a transcendental 16-bit meditation journey than a gaming mega session. We flunked out on a days worth of state education and later that year I quit college to practice Kung-Fu and play bass. So not sure if my N64/SNES/GameBoy gaming had much to do with that. Don’t really regret a thing because these bloody things are so enjoyable. 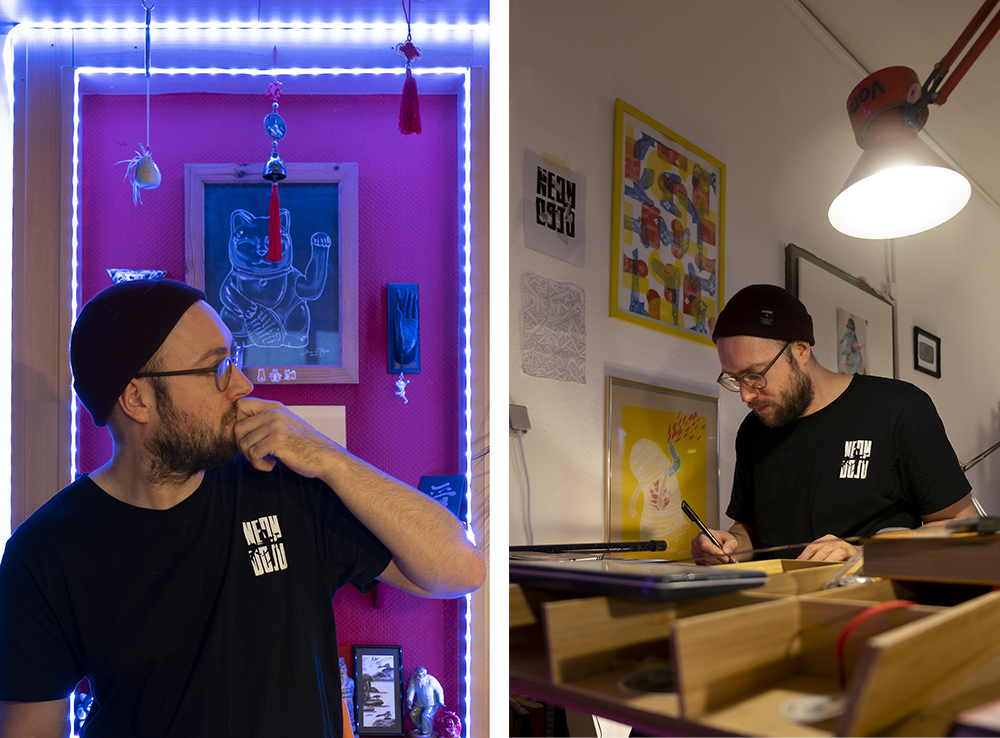 What would you advice your 10-years ago self?

Get a hair cut!

If you had one desperate wish for a collaboration between artists, who would it be?

John Cooper Clarke meets Rothko in a Bolton boozer on a rainy Tuesday night. John recites his poem Twat while Rothko pens a withering response to his critics. His letters were really amazing.

Or Bez from The Happy Mondays meets Leroy from The Prodigy in Lidl car park. They do donuts in their Citroen C7s which are the colour of revenge.

Dali and Moebius draw a 5D comic which fits into an electron. This in turn sets off an unstoppable chain reaction, collapsing reality into itself. 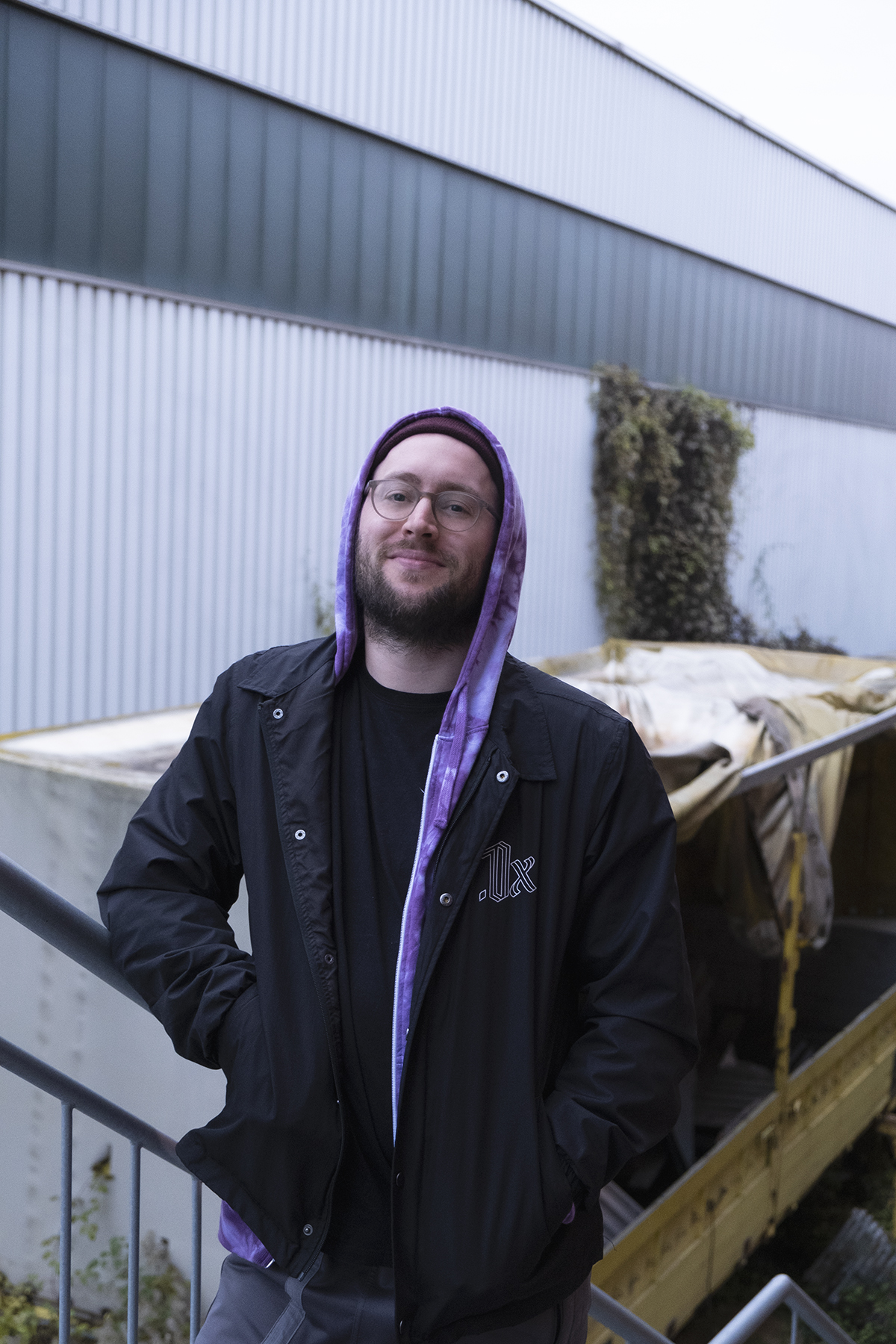 One and the same

You are very open to loads of genres. Anything that absolutely bores you?

Singular artists of any given genre can be boring. Or individual pieces of music in the same respect. But genres themselves are simply waiting for collection and in the right hands can be curated into just the right setting in order to be appreciated. Judge the tune not the genre!

What is your recipe to deal with recent happenings and how do you “stay sane” being locked in at home?

We’re still connected via our various devices, this allows us to enjoy human conversation and be in touch with whats going on in the world. I‘m super lucky to be locked down with a loved one so I’m not alone 24/7.

We’re planting salad and vegetable seeds. Watching nature grow and bloom from our windows is also a comforting fact that despite the terrible loss of human life and disruption to the current systems of organization that life rolls on.

Also finding time to read all my unread books is great!